I arrived in Aranyaprathet just as it was getting dark, and decided to use the power of my travel guidebook to find me a room. They recommended Aran Garden 1 for B150, sounded good to me, so went and checked it out. It turned out to be B250 when I got there for a very basic room, but hey a bed’s a bed. Unless that bed is infested with bedbugs! Not only were there a couple of them crawling on the top of the sheets, I lifted up the mattress and under the slats the ground was covered in them. More bedbugs than I have ever seen.

Strike out for Aran Garden; back to reception for a refund, and then off for a walk. Randomly wandered into a really nice place which I can’t even remember the name anymore, and booked a ritzy hotel-like room for my last night in Thailand.

They had a restaurant of sorts on site so I went there for dinner. There was some local guy playing acoustic guitar for the diners. Much unlike Cheers where everyone knows your name, this was the establishment where every ‘L’ is an ‘R’. It made for some hilarious tunes with the guy belting out Hotel Carifornia, Stairlay to Heaven, and so on. Great dinner I have to say. 🙂

I got up early in the morning with plenty of time to get to the border to beat the lunchtime rush. Went down to the bank to get my US$20 for the visa, and then caught a tuktuk to the border.

The scams were easy to avoid if you’d read the guide on Wikitravel, but the one thing I wasn’t expecting was when I opened my wallet to pay for the tuktuk, some random guy came in from behind, grabbed my $20 and ran. Just like that, gone! The tuktuk guy thought this was quite funny.

Not a problem thinks I, I’m sure there will be ATMs somewhere or I’ll be able to use plastic to pay for it. Feeling sure that everything will work out fine, I exit Thailand into the no man’s area between the two countries. This is my big mistake, I freely admit this. In the land of “Meh, It’ll Be Fine”, I am the foolish king.

I spend about 40 minutes wandering round looking for any way to get some money out or to pay for this visa. I meet a local who tells me that about two weeks ago, both the ATMs in there got taken out for some reason. Not even the casinos will help me out! Finally some more backpackers start arriving and I meet a great guy named Andre who offers to spot me the twenty. One visa stamp later and I am free!! I felt completely sketchy borrowing off this guy, like I was yet another scammer, but right outside the border is an ATM dispensing American dollars, I pay him back, and all is right with the world. 🙂

Oh yeah, except for the fact that when I was filling out my official form in the official building, some official guy in an official uniform comes past the desk, picks up my sunglasses, puts them on, and just walks off. Cool as you please. He disappears into the employees only part of the building and starts walking up a flight of stairs. Oh no you do not, Mr Self-Important border guy. I chase him up the stairs and into some office. People are yelling at me that I’m not allowed in here. Too bad, I walk up to him and literally remove my glasses from his head myself. What the hell??? Weirdest thing I’ve had happen to me yet…

We find two other tourists and split a taxi fare to Siem Reap. It’s only $10 each, so pretty cheap for a 2 hour air-conditioned journey, and a whole hour quicker than the bus is.

This country is fantastic! I’ve only been here for one day but I’m already in love. I’ve met so many awesome people already and beer is only 50 cents!! I am living the dream. 🙂 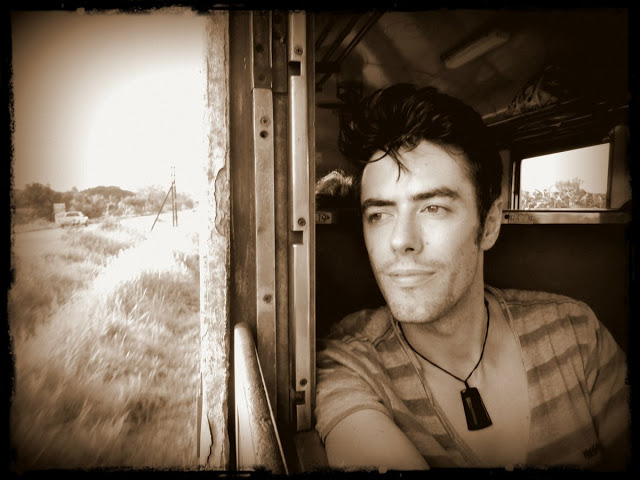 The Killing Fields and S-21

Almost across the border to Vietnam…