If I’d been surprised by the lack of people on the coast … let’s just say there is no such problem in Mexico City!

The night bus drops me off at a pleasant 6:30am, and I take the Metro into town.

Auckland city – please pay attention! Mexico City’s public transport system is a flat 35 cents per ticket to ride the Metro, and that Metro system can take you pretty much anywhere in the city. And it’s obviously working well, because even at 6:30am it was already getting packed.

Most of the people at that hour seemed to be university students, so I applaud their dedication!

I’ve booked into DF Suites hostel, but my check-in is 12pm so I have some time to kill. And what better place to see in the sunrise than with the free wifi at Mexico’s oldest and most traditional establishment – Starbucks.

Ok, so maybe not too authentic, but damn that is some FAST internet. My photos haven’t been synced for a few days so it was good to get everything up to date.

I check into my hostel dorm room and say Hi to my three roommates – Amy and Titi from Portland, and Steve, from Auckland. Too funny!

Off to the city to check it out! First stop is the Basilica of Our Lady of Guadalupe. 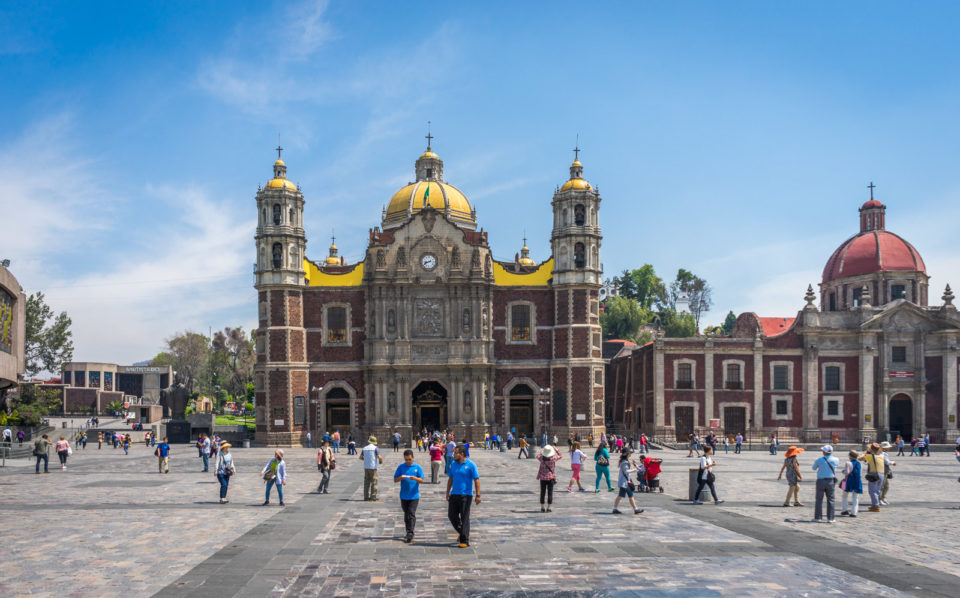 If you pay careful attention, you might notice that something is a bit off about that photo.

The Basilica of Our Lady of Guadalupe has a bit of an interesting history. The original chapel was built in 1622, but quickly became too small for the growing city.

So then they built the new “Old Basilica” that you see above. Only problem is that Mexico City is built on an old lake, and over the years the church started sinking.

Here’s how it looks compared to a new vertical building: 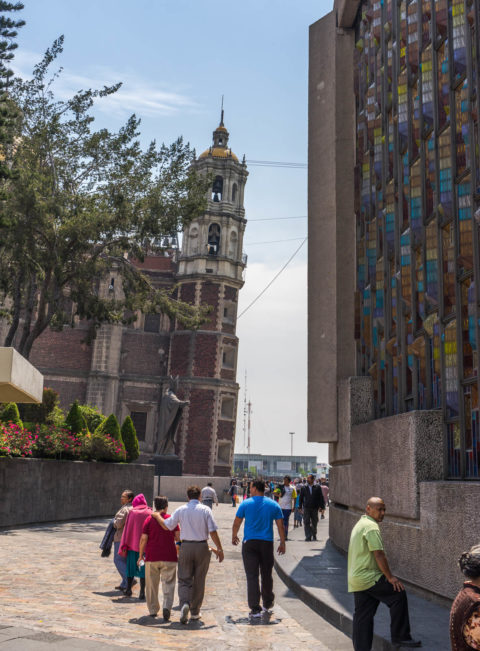 So the only remedy was to build an even newer “New Basilica”. It’s the very modern looking building to the right and front of the old church: 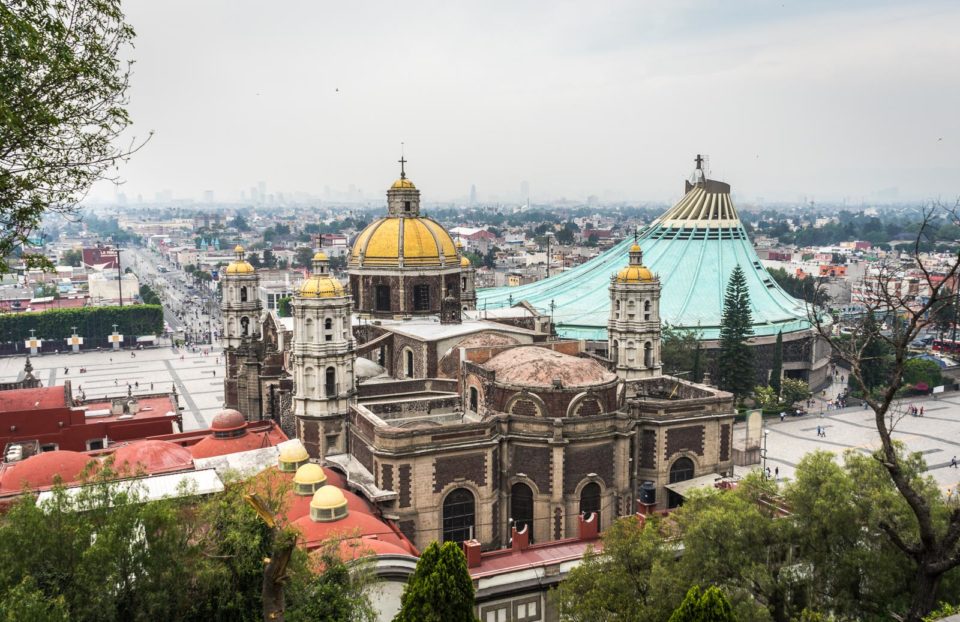 From the outside, kind of sports-stadiumy, but the inside is like no other church I’ve been in: 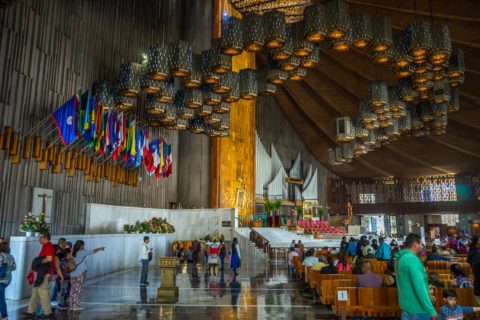 Behind the main area was the most unusual feature I think I’ve ever seen in a church.

Because so many people come to visit an want to pay their respects to the image of Our Lady, the church has installed a series of travelators! You start at one side, and get gracefully transported in front of the image while filming on your phone and making the sign of the cross. Then you jump on the one heading back to where you started.

I can’t put my finger on why … but it’s definitely odd to have one in a church! 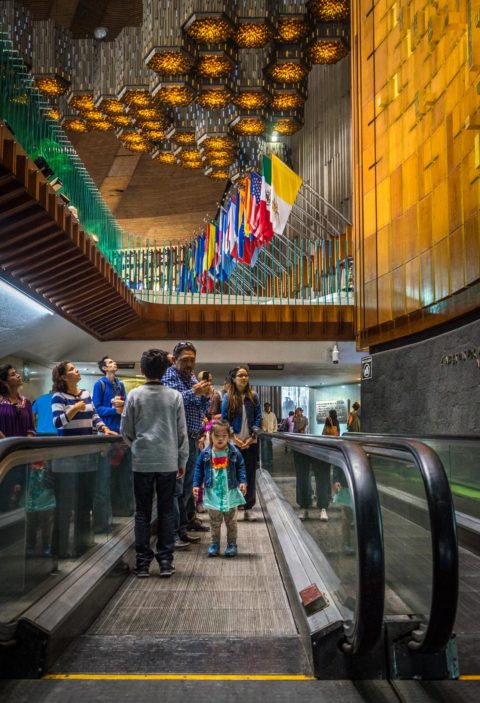 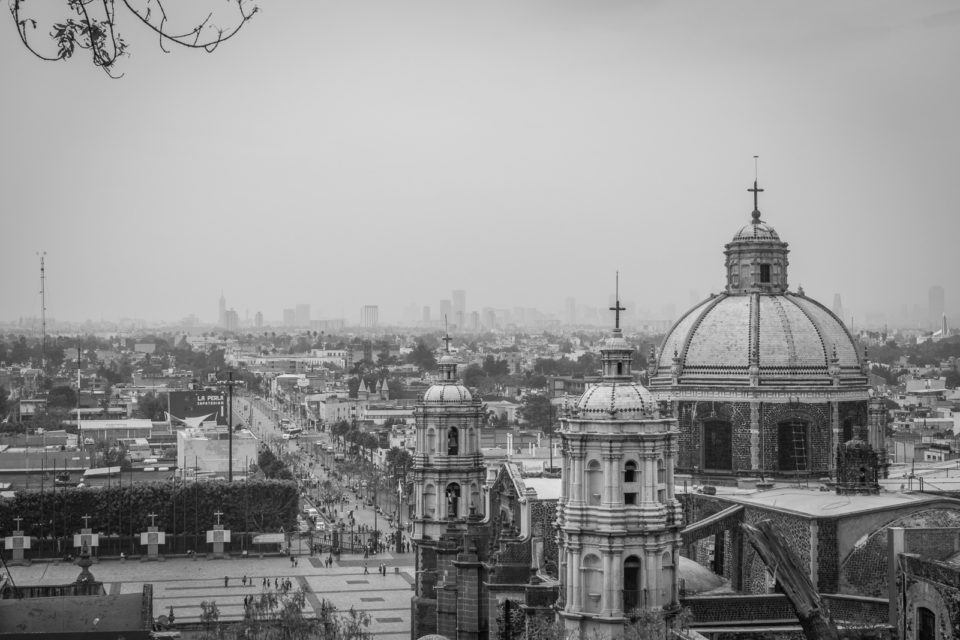 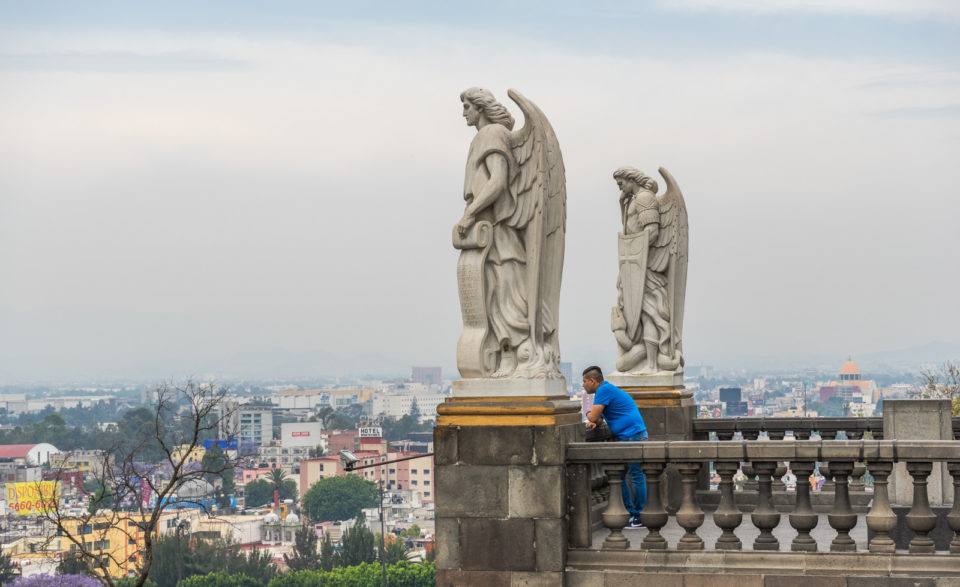 The next day we jumped on a bus out to Teotihuacan.

No question, it was pretty epic:

I have HUGE respect for two phases of this site. First off, just building it was incredible. There is just so much stone and so many structures involved here. There really is something amazing about standing on stones that were put into place more than 2,000 years ago.

And then the second phase is when the invading nations destroyed it.

I mean really … who could be bothered tearing down all that stone! It’s tragic that we don’t get to see these things in their original glory, but still you have to respect the effort involved in taking them apart again.

We spent a few hours out at the site and then capped off the trip with a tasty lunch of ant eggs.

Yup, ant eggs. Big gross squishy ant eggs. What are you waiting for? Get yo’self to Mexico! 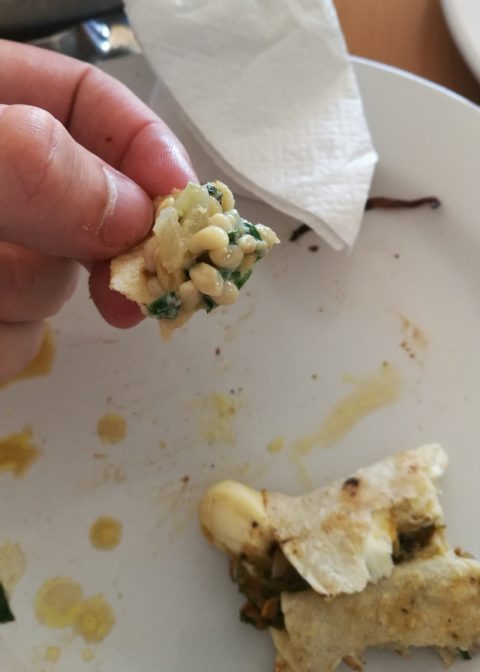 The long road to Mexico