Here’s the trip so far – Oaxaca is in lower-middle: 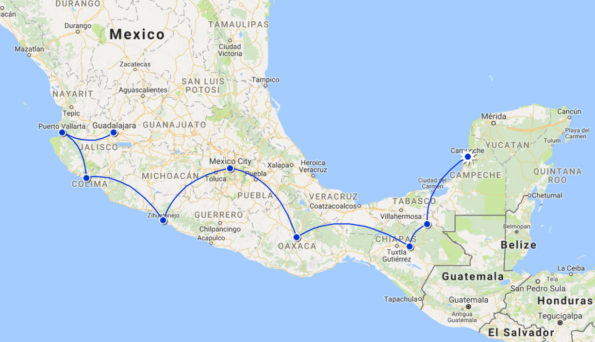 San Cristóbal is a quiet oasis in the east of Mexico. The town has kept true to the original Spanish colonial architecture, with narrow cobblestone streets and red clay roofs. It’s everything that I love when I think of the Mediterranean. 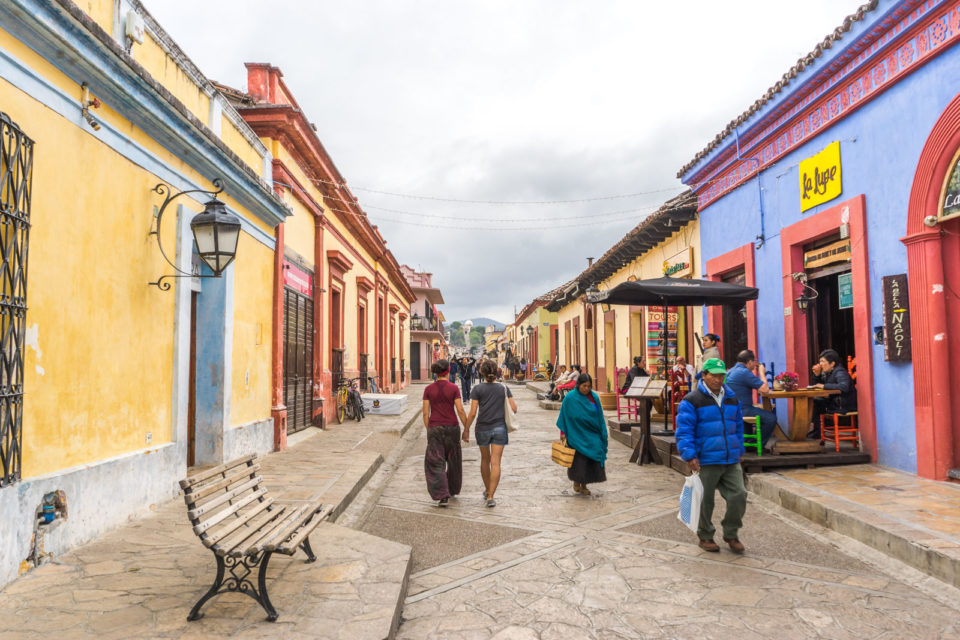 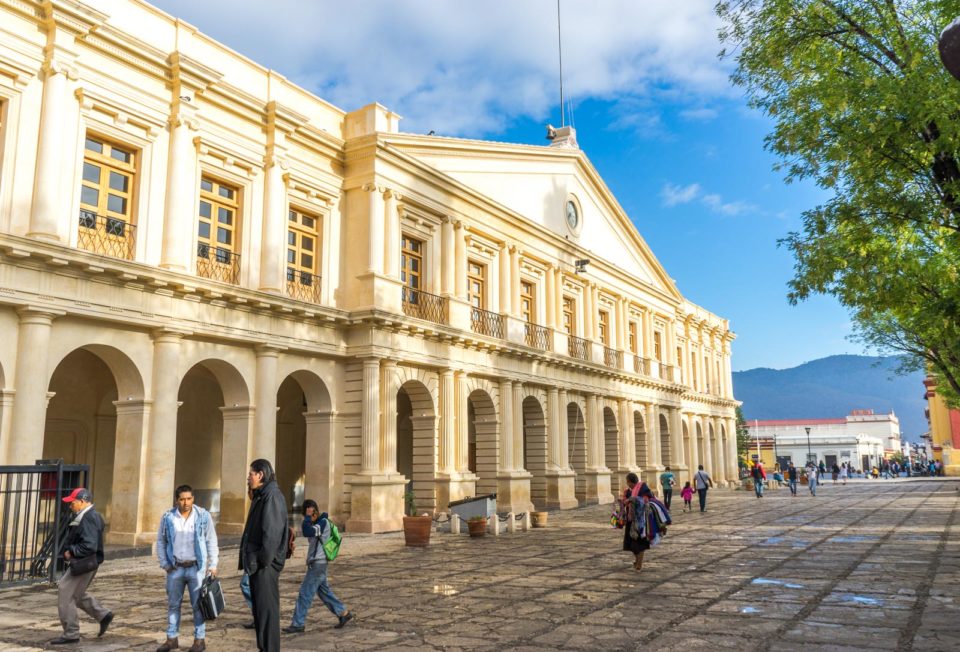 The streets are filled with open air cafes and markets, and there is a strong culinary influence from all the expats who have made this their home. It’s actually got a strong Auckland vibe, in that every second building is a cafe, and the coffee is extremely pretentious.

Despite the fact that San Cristóbal is literally heaven, I make the strange and foolish decision to not sleep there, but go straight to Palenque.

I need visuals for this.

So San Cristóbal is here: 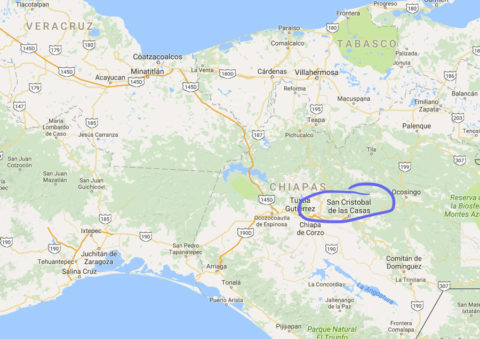 And Palenque is right here: 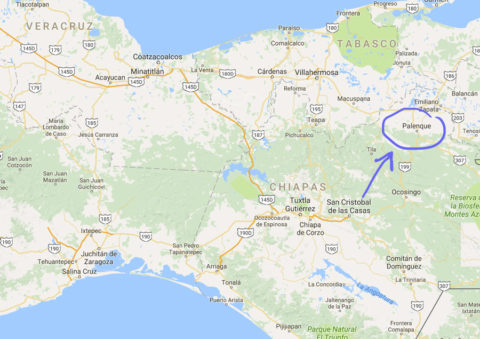 As you can clearly see, it’s about a 2 hour bus ride away.

Well at least that’s what I expected when I booked the bus after my research online.

But MY bus didn’t travel in the direction of that arrow… oh now. My bus decided that this was the best route from San Cristóbal to Palenque: 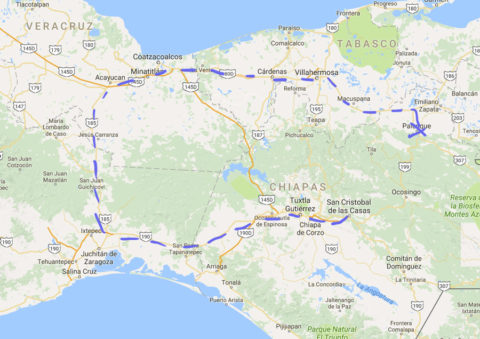 Luckily, I’m a totally organised traveller who never books anything in advance, so there was no accommodation to miss out on in Palenque – I just Booking.com’d it when I arrived.

But I have to say, the town just didn’t have the same charm as San Cristóbal. It’s very high up in the mountains and very damp, so the room I was in was fighting a losing battle against the dark forces of mold.

But it didn’t matter, because the ruins were incredible!

The area is swallowed up in the jungle, as if you were discovering it for the first time. With just a little bit of cloud overhead for atmosphere (and if you can ignore all the other tourists), you can almost imagine what it would have felt like to be the first person to stumble across it. 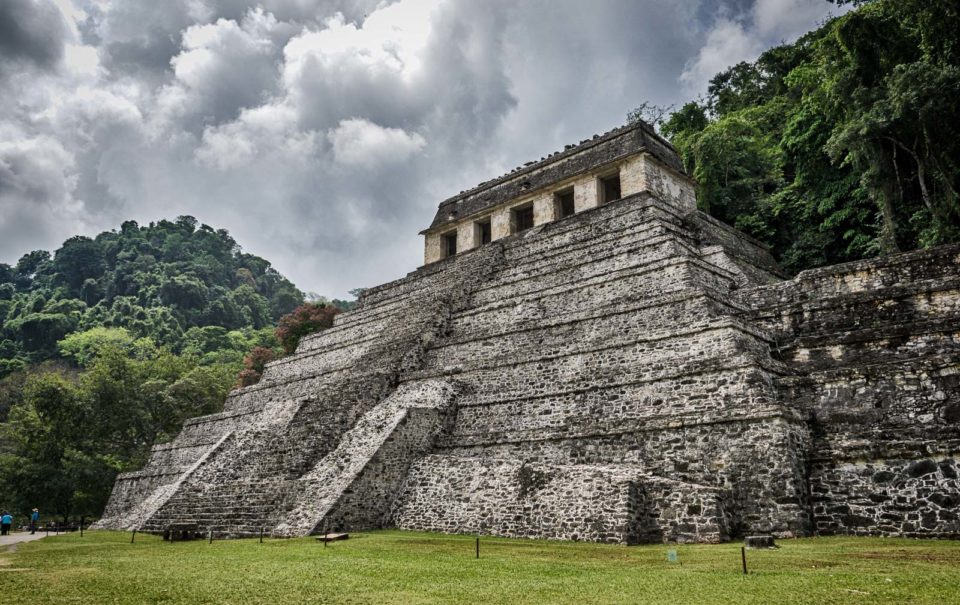 I was little miffed that I’d already paid for accommodation because there were some premium options right there on the site:

Fit for a king!

The best shot of the trip so far was on the way back to the carpark. There was a swing-bridge over a river, and an absolutely stunning waterfall. The sun was pouring through the trees and lighting the water up like silver. 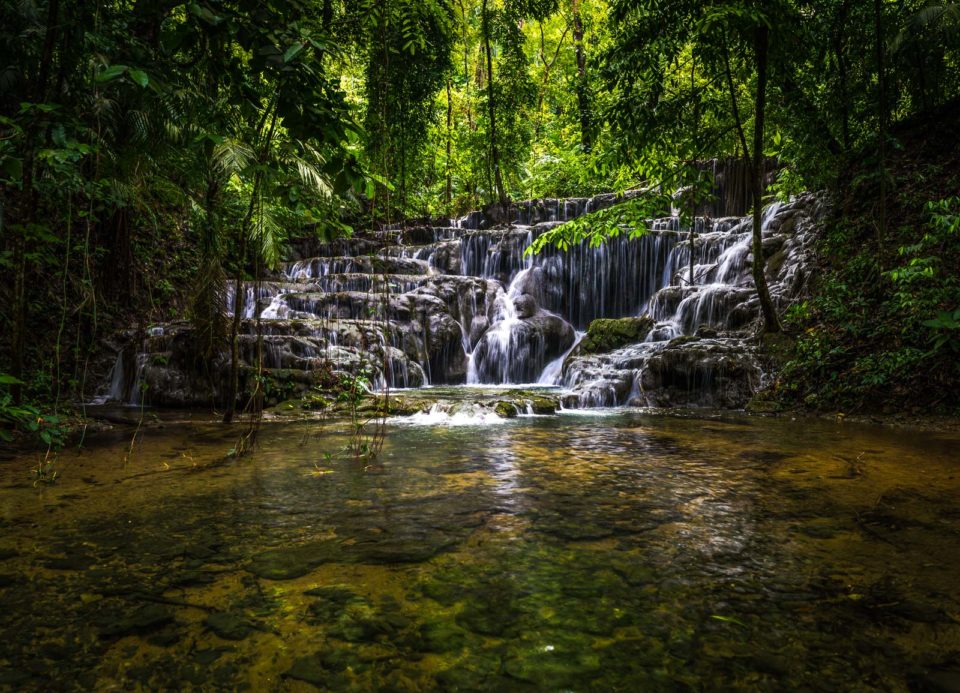 After Palenque was a much more predictable bus ride to Campeche.

Now this place was pretty damn interesting. The centre of town is the original fort that the Spanish built in 1540, and is surrounded by a 2.5km pirate-proof wall: 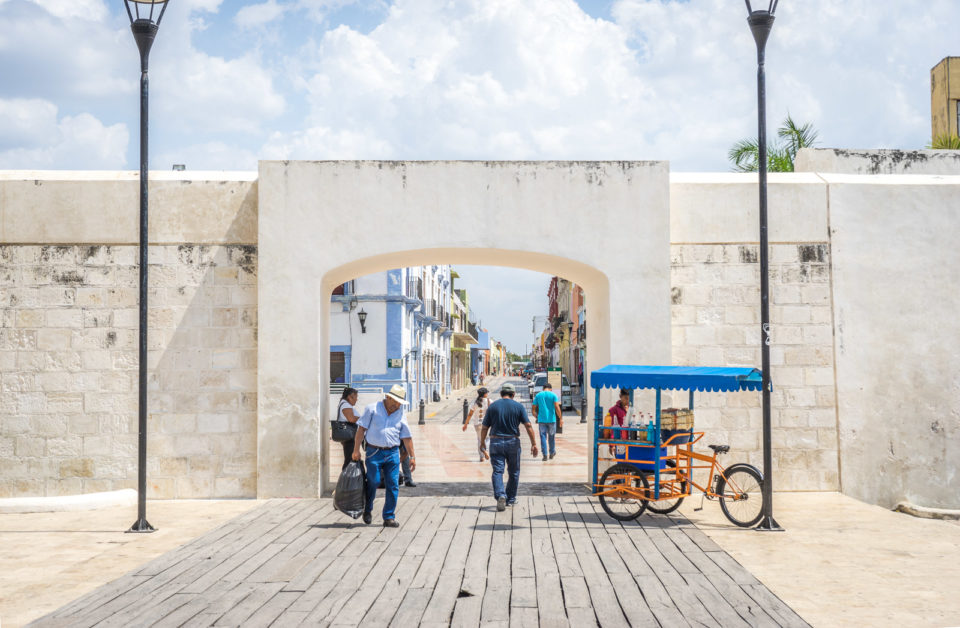 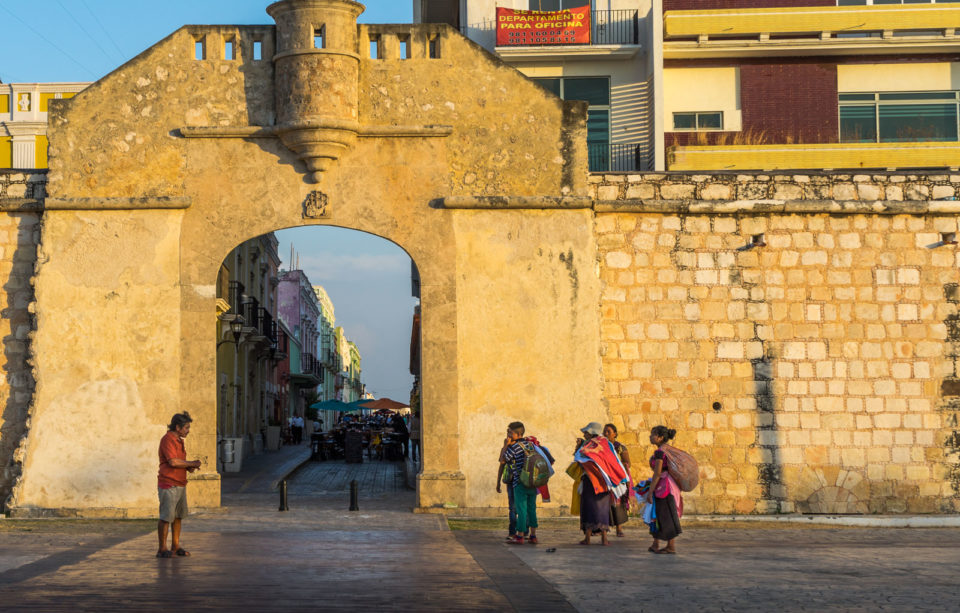 Just look what happened to the pirates who tried to beat it! 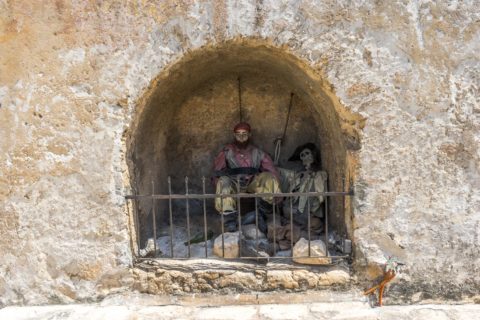 I stayed at a hostel called Hostal Boutique Casa Balché, which was top notch! Highly recommended. They had a balcony overlooking the main square which was sticking with proper Mexican tradition and hosting an orchestra: 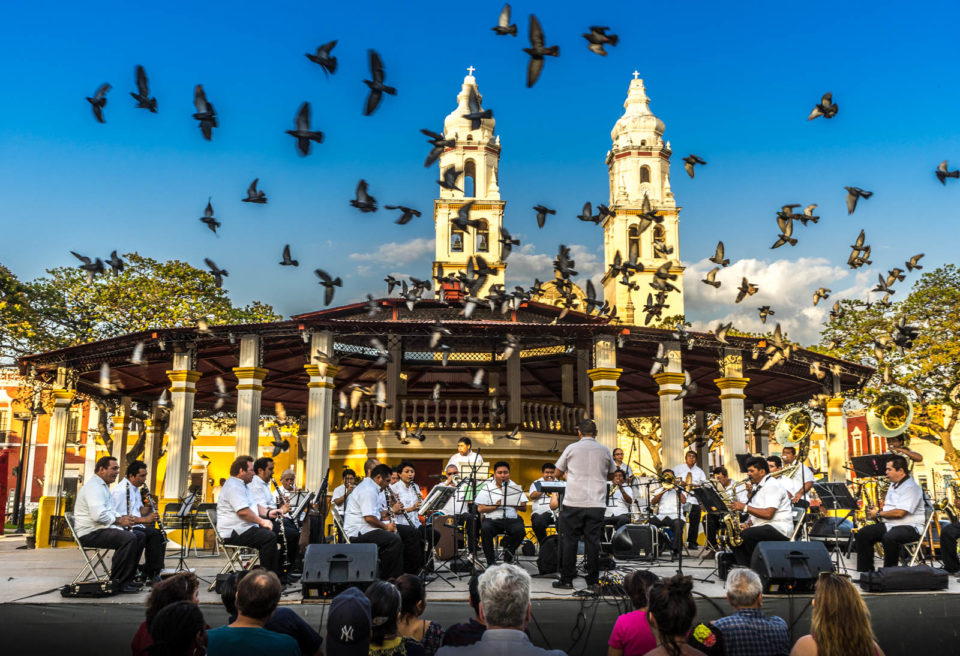 Seriously, is there anything to dislike about this country??

But the coolest thing I’ve seen since I’ve been here was the Campeche Spectacular Light and Sound Show.

Here is the main square, taken from the hostel balcony: 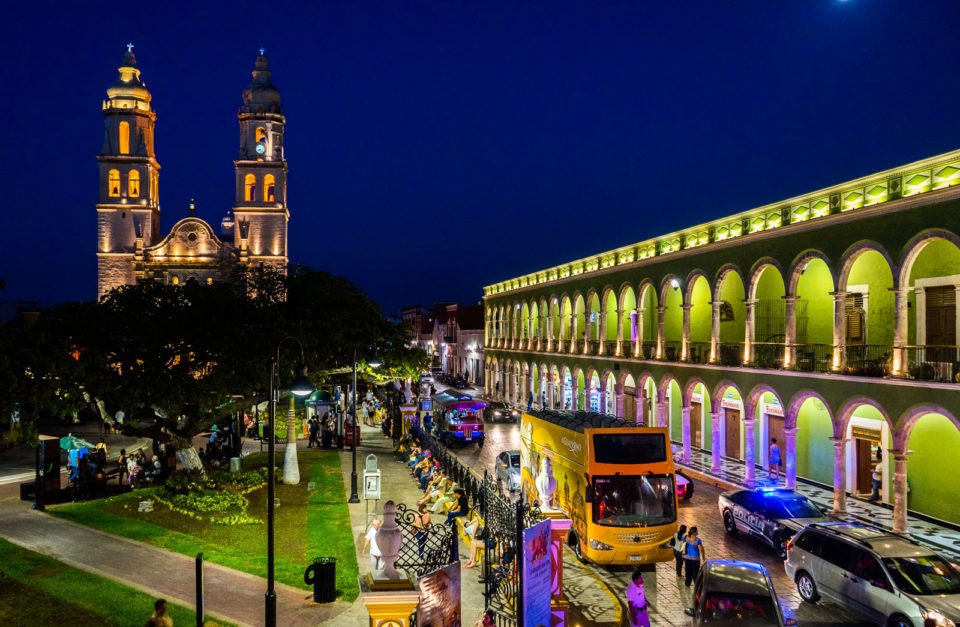 Pay attention to the building at the right.

At 10pm every night, the entire face of that is lit up by 6 linked data projectors, and tells the story of the history of Campeche. The entire history, from the big bang until now. 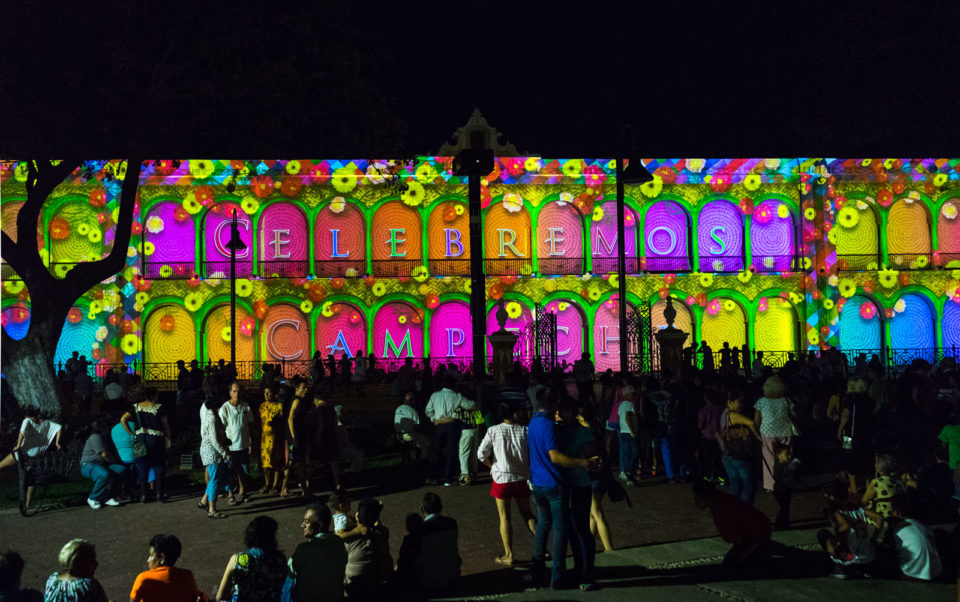