This is the view from my window right now. Life is good 🙂 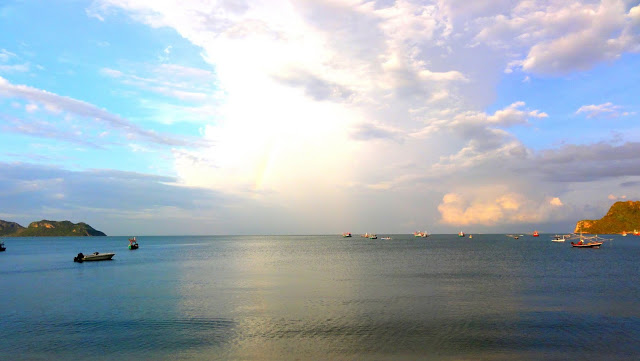 Had drinks last night with an awesome bunch of people. Rod is a Kiwi who has travelled most of the world. Patrick, an Australian with a ridiculous tan. Jill, from England who decided it would be a great idea to buy a bike and cycle round the world. She’s already come 17,000km by the time I met her. And Will from China who is also doing the solo travel thing, just like the rest of us. It took us all by surprise as I guess I’d been thinking of backpacking as a purely western pursuit. He’s doing the exact same thing we’re all doing – quit his job and sold everything to travel the world, with no plans and just the clothes on his back. Just like a page out of Shantaram we all sat outside and debated religion and politics under the drifting stars. We drank Sang Som and Archa beer, and toasted my birthday and the mysterious call of the road.

Patrick told me about a temple he’d been to earlier that day, just down past the town, and at the top of this hill by the beach. He said there were stairs for the first part, and after that just ropes attached to steel poles in the rock. More than a little drunk I thought this sounded like a fantastic adventure, so I set out today to do it.

This is the climb:

I rented a motorbike from the place I’m staying at and set off for the south of town. Hooooly shit, I forgot how awesome it is to ride!!! I was thinking after last night that the whole bicycling thing sounded pretty intriguing. You have everything you need with you, your accommodation and food, and you don’t have a big pack on your back. No way. Nothing beats the feeling of hauling into a corner with 500cc of power screaming beneath you. I have got to buy a bike.

I get to the base of this mountain and find the bottom of the path he was talking about. All along the bottom are these gorgeous monkeys with huge eyes. They’re not the kind that harass you and steal all your stuff, they’re more the sit-around-and-look-cute type, which was nice.

It wasn’t until after I’d got back that I had a good look at the actual size of the mountain. At this point I’m thinking it’s probably just a few staircases and a bit of rope. Not even. This is the first thing I’m greeted with: (enhanced for ominous effect) 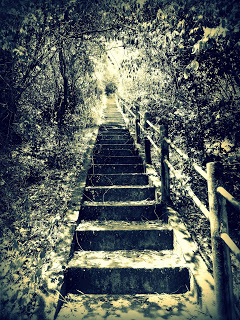 And it just keeps going like that! I don’t even know how many stairs I climbed. At some point they just give up all together and the path switches to this ridiculously sharp rock and just a rope to haul yourself up. And I really do mean haul yourself up: 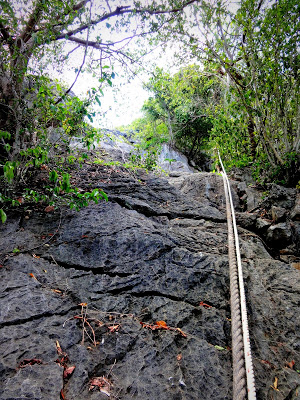 It could be worse though right? I mean the rope could be covered with huge angry red ants… oh wait: 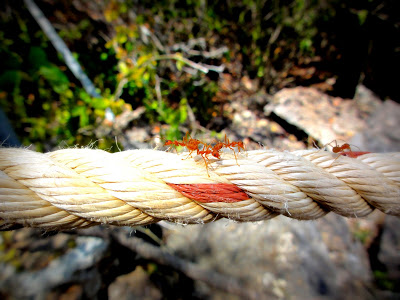 This goes on for I don’t even know how long. It’s hot enough in Thailand already without doing this kind of crazy exertion so I am pouring sweat at this point. Luckily I brought some water with me! Probably should have eaten more by this point than the three small bananas I had for breakfast. I meant to get something on the way, but once I jumped on that bike I wasn’t stopping. 😀

After what seems like a couple of hours, but was probably only 1 hour 45, I make it to the top. It is totally worth it. For one, I didn’t plunge to my death which is a total bonus, and two, I climbed this massive intimidating mountain! I am the king of the world!!

And this is the view: 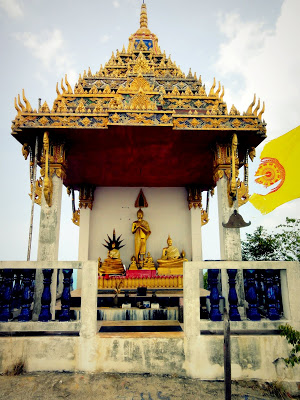 The climb down was actually a lot more difficult until I got to the steps. I feel like I have done some good solid cardio for today though! Things I have learnt from this experience: a) Breakfast is important. b) Chucks are not the best shoes for climbing razor sharp mountains.

When I got back to town I ordered two lunches. I’ve noticed that they don’t do many veggies in this country. I have to find the word for ordering more vegetables. Oh and since it’s my birthday and all, this too 🙂
Now some pics: 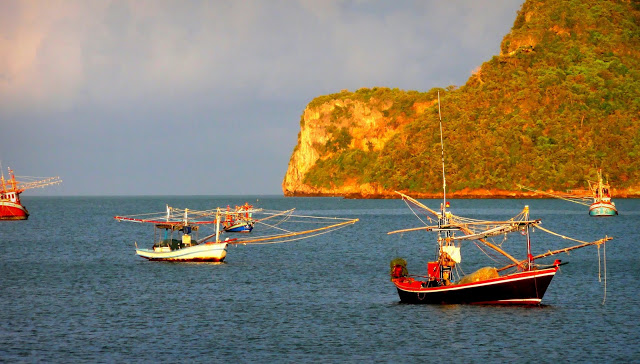 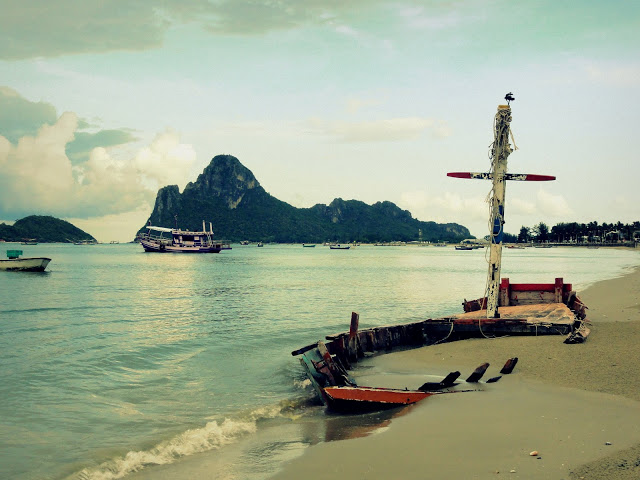 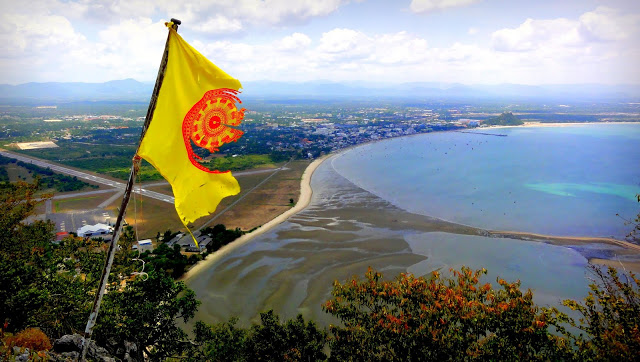