Traveling in India is an amazing experience, but after a few months it’s starting to get a bit repetitive. Everywhere you go, on a train, on a bus, or just walking down the street, you will be asked these questions from everyone you meet:

And so on. I feel like making up a little business card with all the answers on so I can hand it out to everyone who starts talking to me. Of course, as soon as you start a conversation with anyone, every other person within earshot will come over and listen too.

I was waiting at the train station and a dozen kids came over and crowded around me. The questions start…. Turns out they were a chess team heading towards Delhi to compete in the National Chess Tournament, with the winning team representing India in the International Youth Chess Tournament. They tried to trick me into playing a game with them, but I saw through their sneaky plan to utterly humiliate me, and declined. The last game of chess I played was with another backpacker in Guilin, and he checkmated me in about 5 moves. I am literally that bad.

They were all really interested in me and what I was doing, and I ended up posing for photos with them all and signing their schoolbooks and 10 rupee notes. 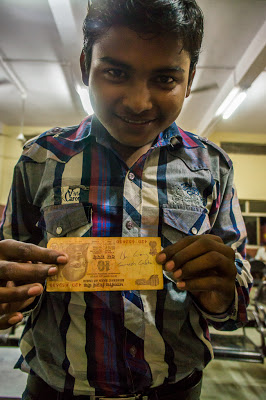 Totally famous – check out the signature

My destination was Omkareshwar, described in my handy Rough Guide as “a favourite with hard-core Western and Israeli dope-heads.” It’s one of central India’s most sacred Hindu sites, and the island is cut by several deep ravines and bears an uncanny resemblance to the “Om” symbol. Additionally the place was full of monkeys so it sounded ideal.

The bus ride there was perhaps one of the worst I’ve taken in my life. Impressively bad, even by Indian standards. I was sitting over the rear axle so every bump launched me off my seat into the air. Luckily there was no time to be bored, as everyone in the surrounding seats were really interested to know where I was coming from, how long I was in India, and what my father did for a living.

The island was beautiful. This is the view from the mainland, looking across at the island on the right. 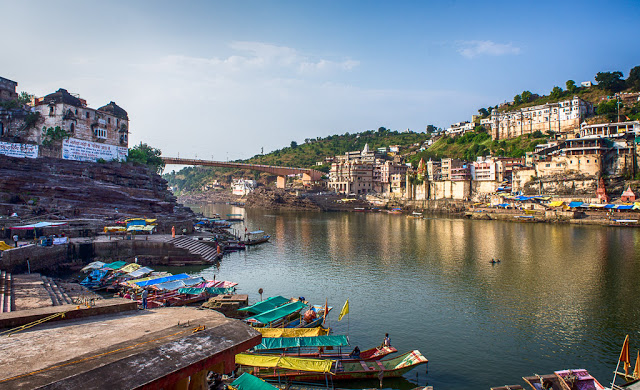 To get across to the island are these two huge bridges, which provide a really handy place for every beggar in the town to hang out while giving them easy access to tourists. Smart design really. 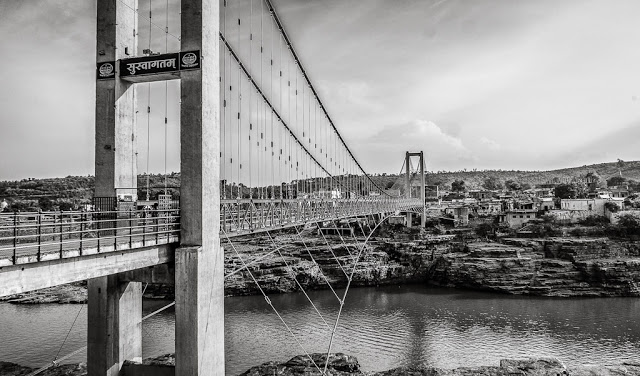 I took a tour of the temples on the island but somehow managed to do it without taking any photos, go me! Maybe next city…. I did however meet the fabled monkeys 🙂 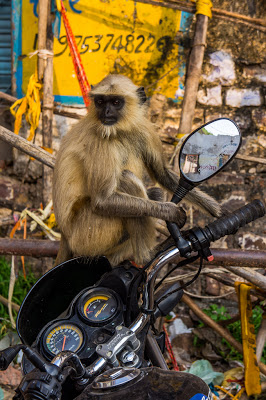 My next destination was Mumbai, described by famous blogging personality Alan Grainger as, “Possibly the most boring city in all of India.”

The good and the bad